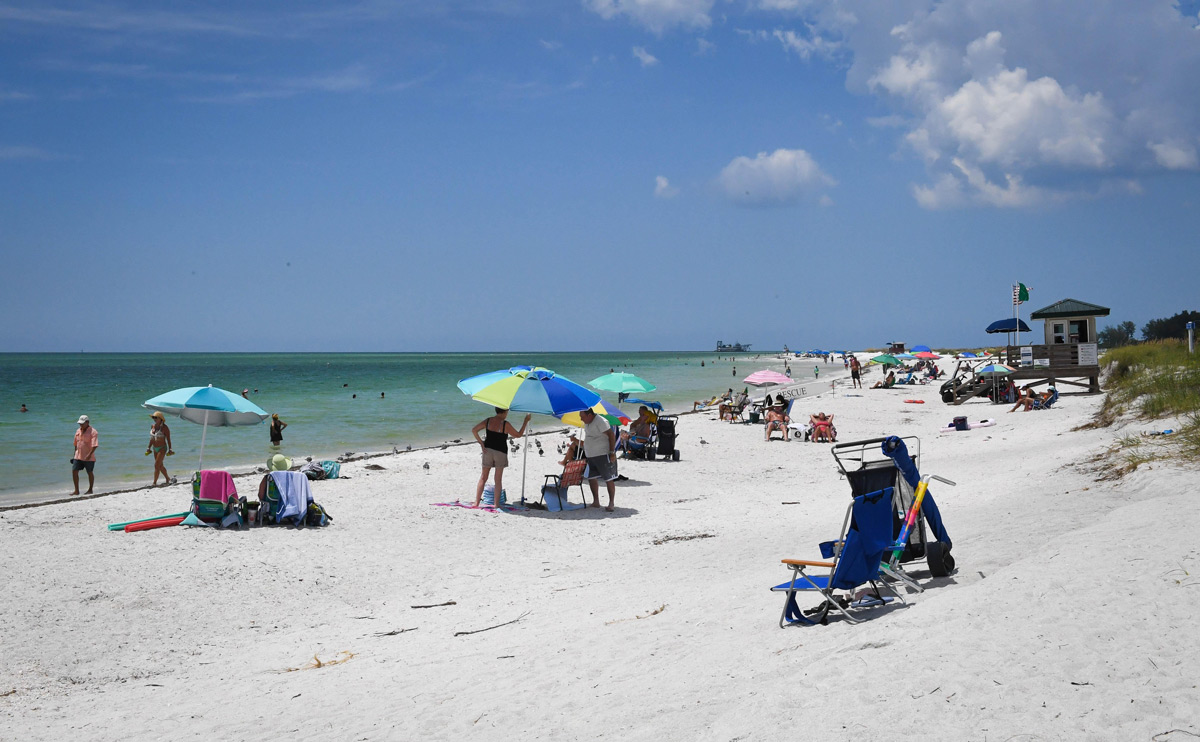 Agency defends its assessment, says dredging pass will not have ‘significant effect’

SARASOTA — The U.S. Army Corps of Engineers has denied Sarasota County’s request for a more stringent environmental study of the controversial plan to dredge Big Pass.

In a seven-page letter to the Sarasota County Commission on Tuesday, the Army Corps defended the type of environmental assessment it has conducted on the plan to dredge up to 1.2 million cubic yards of sand from the pass to rebuild more than 1.5 miles of Lido Key beach.

The plan has been highly scrutinized by Siesta residents, groups and businesses that fear changes to the channel could lead to more and faster erosion on Siesta Key’s iconic beaches. To support those groups, the County Commission asked the Army Corps in August for another, more intensive study of the project, known as an “environmental impact statement.”

“Based on the coordination conducted to date, the primary controversy is a local public concern that there may be a disruption of sand flow to the Siesta Key beaches south of Big Sarasota Pass,” the Corps’ response concluded. “Extensive modeling indicates that the project will not change the volume of sand reaching these beaches. No other significant concerns have been raised, either by other state and Federal agencies, or by the public.

“As a whole, the proposed project is not expected to have a significant effect on the quality of the human environment.”

On Wednesday night the Corps’ decision buzzed around a packed room of more than 150 Lido and Siesta residents who turned out for a public information meeting on the project, held in the community room at the Waldemere Fire Station.

DEP is reviewing a city and Army Corps application for a joint coastal permit for the dredging, and has until Dec. 27 to issue a notice of decision on that application. That notice could either approve it as is, approve it with stipulations, deny it or delay a final decision to conduct a third round of requests for additional information.

If the DEP releases a notice of intent to issue the permit with or without stipulations, it will be challenged by one or two Siesta Key organizations, their leaders said Wednesday.

Save Our Siesta Sand 2, led by Siesta resident Peter van Roekens, has been raising money to appeal the permit since this summer and pledged to fight the project until an alternative source of sand is found.

The Army Corps and the city of Sarasota “seem intent on initiating a process, the results of which no one can predict and which may be irreversible,” van Roekens said. “If the intent to permit is issued in its present form, consider this our notice of intent to challenge.”

The Siesta Key Association — which led the effort in August to ask for the new environmental review — also plans to appeal the permit if it is approved without any stipulations, association second vice president Catherine Luckner said.

“It’s harsh,” Luckner said of the Corps’ letter. “We’re leaving our questions with them tonight and we believe there are still outstanding things that need to be addressed within the application itself.”

Florida International University professor Stephen Leatherman, also known as Dr. Beach, will discuss the controversy at the Siesta Key Association’s meeting at 4:30 p.m. today at St. Boniface Episcopal Church on the key. Leatherman ranks Siesta Beach second on his annual list of the best beaches in the country and named it No. 1 in 2011.